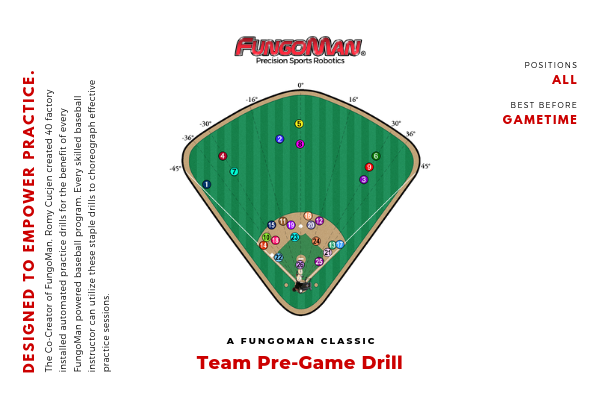 Cue | Take the field and select Team Pre-Game Drill from the FungoMan Controller. As far as drills to get everyone involved fundamentally, this one will get everyone moving. What else do you like to include in your team's pre-game?