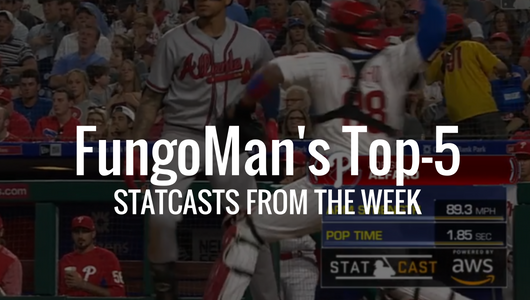 Here they come, with speed too impressive to appreciate with the human eye, which is why we've curated a short list of this last week's most accomplished plays, brought to you with Statcast magic.

At the top of the list is Jorge Alfaro, quick to his feet and swift to exchange the ball, throwing out Inciarte with a 1.85-second pop time and 89.3 mph throw (only the 3rd-hardest caught stealing throw in 2018). There's more where that came from. Check out our top 5 Statcasts from this week including:

Baseball's Statistical Revolution: What It Is & Why You Should Care [Video]

Every smart coach wants to develop skill in players that he hopes will put their team in a winning position on every play.

In the age of Moneyball and MLB Statcast, the data captured for entertainment and competitive purposes alike, have opened up new ways of thinking about developing skill and maximizing talent.

According to the architects at MLB Statcast uses the same technology that tracks debris during the launch of space shuttles to change the way we watch baseball on TV.

Thanks to this technology, organizations are giving overlooked talent a second chance to compete in the Major Leagues, because the data shows the potential of players where we might not expect to find it.

The smart data revolution has fundamentally changed the way we watch a baseball game on television; could it change the way we think about other aspects of the game?

Baseball Statcast: Do You Know This Year's Leaderboard? [Quiz] 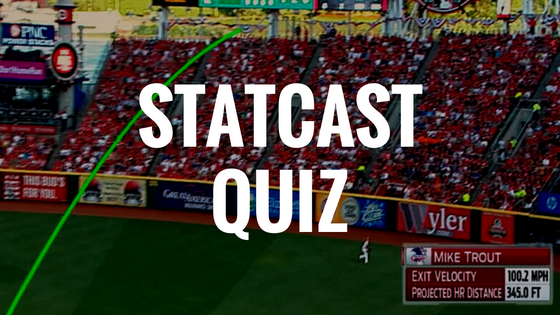 Statistics and analytics are here. Take this quiz to see where you're at on the latest numbers.

Using the Statcast Leaderboard at MLB.com, we've lassoed in some data, now we need your answers. Time to test your knowledge not your ability to look up the answers.